skip to main | skip to sidebar

It's funny how life seems to side swipe you from time to time. You're just walking along, then out of the blue... BAM!!! Right in the head.

WTF did I do to deserve that I seem to be asking myself a lot lately. Who knows, and to be honest, who really cares? It's happened. Now you have to deal with it.

Please don't whip the violins out when I say this but I had a pretty crappy childhood as far as school was concerned. And when you're a kid, school is your world. Nothing much exists outside of it. For some reason I became the target of other kids trying to make their own pathetic existences seem better than mine, by abusing me in whatever way they could think of. Resistance was futile.

It wasn't until some time later I decided that I needed to take things into my own hands. Enough torment can cause even the most placid people to go postal and attempt to destroy anything which tries to hurt them. Fighting back was not about being the strongest. Or most staunch. Or winning friends. Or staying out of trouble. It wasn't to keep my parents happy and it's certianly not what most Christians would advise.

It was about Respect.

It was about taking back what God gave me. Joy and a life worth living.

...but most of all it was about survival.

Experience: that most brutal of teachers. But you learn, my God do you learn. C. S. Lewis

I've come to realise over the past few years that if you don't pick your battles, and let God fight them for you, you will loose. I have also discovered that at times it is necessary to fight for what you believe in. Like that old saying goes "If you don't stand for something, you'll fall for anything". I think there's a new breed of people who are more than happy to live average lives. They've become complacent with life and will let just about anyone dictate what they should say and do, what they should wear and even what they are worth!

Many seem to view anger in a negative way. To be fair, it has a lot of negative connotations. Anger has the ability to destroy you from the inside out.

I've had a good day today. But I have noticed over the past few months some anger lying dormant deep down that seems to be triggered by certain events. They don't even have to be big. Just very specific things. Like injustice. You see it all around but when you're the target of it. WHAMMMY!!! Anger rears it's ugly head again. Build a bridge you say? I totally agree - But how. These things don't just happen by accident. The things that affect us deeply do so for a reason. Should they affect us or shouldn't they? It's like stress - We all need it to get things accomplished, but too much is detrimental.

I guess what I'm trying to eventually get around to talking about is the Christian Ideal of Turning the other cheek. Should we just lie down and take whatever the world throws at us and commit it to God to sort out? Or should we stand up for ourselves and our rights as human beings and followers of this man called Jesus?

But I tell you not to resist an evil person. But whoever slaps you on your right cheek, turn the other to him also. Matthew 5:39

To him who strikes you on the one cheek, offer the other also. And from him who takes away your cloak, do not withhold your tunic either. Luke 6:29

The King James Commentary has this to say about it: Jesus taught us to have confidence in an almighty God who is completely aware of the injustices done to man and totally capable of evoking ultimate eternal justice. He must be trusted even when legal litigation goes against the believer.

How hard is that?!?!?! This is where the rubber meets the road for us as Christians...

So where then, does righteous anger fit in. Jesus in the temple for example.

The Cleansing of the Temple
Then Jesus went into the temple of God and drove out all those who bought and sold in the temple, and overturned the tables of the money changers and the seats of those who sold doves. Matthew 21:12

Jesus got angry didn't he. So that must mean that it's OK. But there's usually strings attached :) What are they?

Temple dues could be paid only in sacred coinage, and it was necessary to change one's money. The selling of doves was, of course, for purposes of sacrifice. This exchange became a source of extortion for the High Priest's family who personally controlled it. In reality, it amounted to a public bazaar.

It seems from this that Jesus' purpose in this was to bring about a true spiritual conviction.

One thing is for sure. Jesus wasn't afraid of making people feel uncomfortable, and he didn't avoid things. He said things as they were.

Do we do this? As people that say we follow Jesus?

Seems to me that anger has it's place but only when it brings about a positive change for ALL involved.

That post is totally amazing.Its not a testimony one often hears.

Its a bit moving. Do we who call ourselves Christians really treat each other with justice and grace?

The truth. Most of us live a contradiction. All peachy and preachy, yet selfishly guard our time, our lives and our wants. And then someone like yourself, with a serving heart, is totally walked all over.

But I love that you have thought it through.

But like you say, when was Jesus ever rationale? And how much COOLER is he as a dude for it! And how much BIGGER will our churches and relationships and characters be if we turn the other cheek. 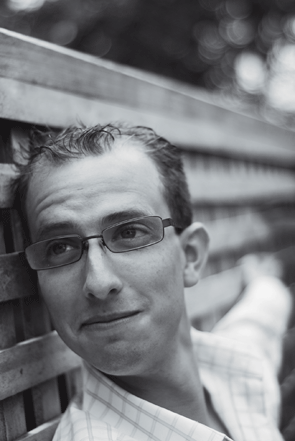